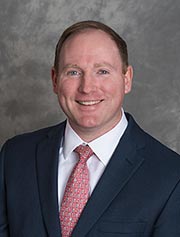 Senior Partner Matthew Mang recently served as trial counsel for State Farm and its insured, in an action entitled Carter, et al v. State Farm, et al, FCC No. 2019-04254, Div. “C.” The case went to trial before Judge Veronica E. Henry on August 3, 2022. In Carter, the plaintiffs claimed cervical and lumbar injuries resulting from an alleged multi-impact, “sideswipe” automobile accident, caused by State Farm’s insured driver, for which they underwent chiropractic treatment. State Farm’s insured contended that no such accident occurred, as he made an evasive maneuver to avoid any contact between the vehicles. The claim was assigned to State Farm’s Special Investigative Unit (“SIU”), in light of suspicious circumstances surrounding the plaintiffs’ claims. At trial, in addition to the live testimony of State Farm’s insured, Mr. Mang presented the Court with photographs of both vehicles, as well as the body-worn video camera footage of the investigating Deputy, which depicted no damages to either vehicle. Mr. Mang also presented the Deputy’s live testimony that no accident had occurred. Further, Mr. Mang had the plaintiffs’ treating chiropractor concede, on cross-examination, that he could not causally relate the plaintiffs’ alleged injuries, in the absence of the claimed impacts. Judge Henry ultimately ruled that Mr. Mang “successfully rebutted” the plaintiffs’ claims, and that the plaintiffs “failed to objectively prove the occurrence of an accident,” dismissing the plaintiffs’ claims, with prejudice, at plaintiffs’ costs.