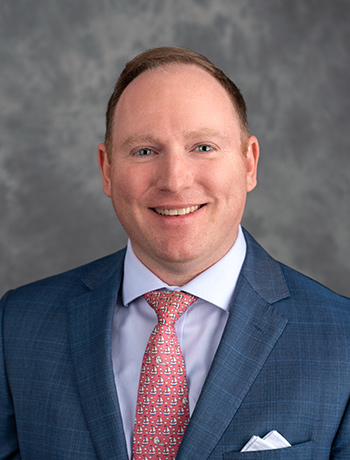 Matthew is a native New Orleanian and a graduate of Brother Martin High School. He earned a B.S. in Finance from Louisiana State University, in 2008, where he was a member of Phi Gamma Delta. He earned his J.D. from Loyola University New Orleans College of Law, in 2012. While in law school, Matthew clerked for the firm. He joined the firm as an Associate, in 2012, and became an immediate asset. Matthew was named a Senior Partner in 2018 – the youngest and fastest-rising in the firm’s history.

Matthew has a dynamic litigation and trial practice focused in the areas of insurance defense, automobile and personal injury defense, property and casualty defense, insurance coverage, “bad faith” and extra-contractual claims, and SIU and insurance fraud defense. He has successfully tried numerous bench and jury trials to verdict in state and federal courts. Matthew is admitted to practice in all Louisiana state and federal courts, and regularly practices pro hac vice in other states, including Florida, Alabama, and Ohio. He is a member of the American Bar Association, the Federal Bar Association, the Louisiana State Bar Association, the New Orleans Bar Association, and the Louisiana Association of Defense Counsel (LADC). Matthew was named a finalist for the LADC’s 2016 Frank L. Maraist Award, which recognizes lawyers who have made outstanding achievements in their legal practice and exemplary contributions to the legal profession, the defense bar, and the community.

Matthew and his wife Casie are the proud parents of daughter Mackenzie and twin sons Austin and Elliott. In his leisure time, Matthew enjoys long-distance running, fishing, playing guitar, and spending time with family and friends.